7 of the Strangest Underground Discoveries Ever Made

The Earth has been around for a long time, and we're constantly making new (or old!) discoveries that have been lost or forgotten over the years.

Here are 7 of the strangest things that have been unearthed and discovered throughout history: 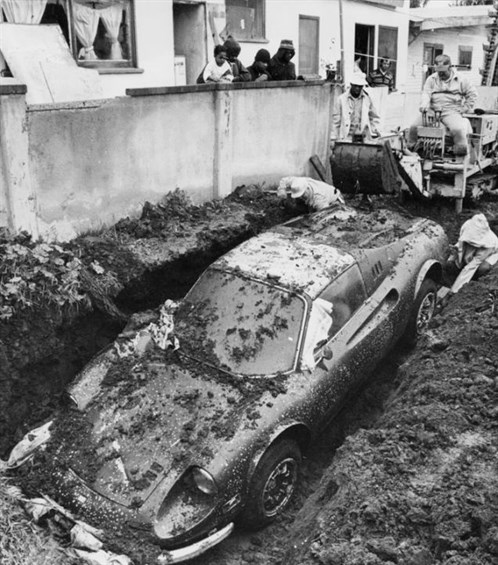 In February 1978, a young group of boys were digging around in their yard in their new home in Los Angeles, when they came across something big and made of metal.

The boys had actually discovered a Ferrari Dino 246 GTS.

It was not known who’d hid it there, but it was obvious that whoever it was had planned on retrieving the Italian sports car at some point, because it had been very crudely mummified with towels in the vents and tape on the seams.

Unluckily, however, they’d forgotten to fully close the windows, causing a lot of damage to the car’s interior.

But who did this Ferrari belong to? And how did it end up buried in someone’s garden?

After much speculation and media attention with very few leads, it was concluded that the car, which had been declared stolen four years prior by its owners, had been buried there by thieves. The then-current residents had only moved into the property a few months earlier – but amazingly none of the neighbours reported ever seeing the car being buried.

The car was returned to the insurance company that had covered the original owners’ loss and it was put up for private auction.

Photographer Michael Haering shot the story for the local newspaper:

“At the time we (the press) were puzzled and amused that a thief would bury a car, especially in his back yard. Many jokes we passed around at the time: One customer to car salesman, “Say, I’d like to buy a Ferrari, got any leads?” Salesman, “Let me get back to you, I’ll see what I can dig up.”

Today, the Ferrari remains unlisted on any Dino registry. 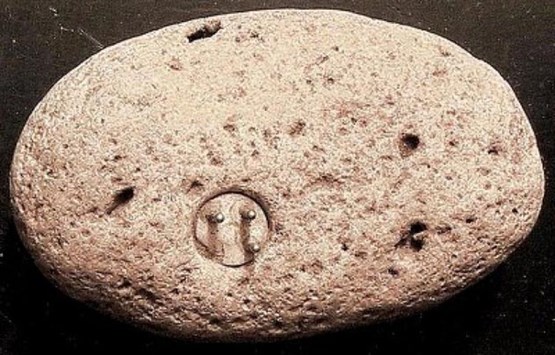 In 1998, electrical engineer John J. Williams discovered what is now known as the Williams ‘Enigmalith’ (a combination of the words enigma and monolith) or the ‘Petradox’, protruding out of the ground whilst on a hike.

He proceeded to dig up the strange-looking rock which, upon inspection, turned out have some sort of metal component attached to it, somewhat resembling an electrical plug.

According to Williams, who has consulted an engineer and geologist to examine the specimen, the electronic component embedded in the granite reveals no trace of having been glued or welded in any form known, and geological analysis found it to be about 100,000 years old.

Allegedly Williams has encouraged scientists to examine the stone, but none have ever done so. There are those who believe the stone is an elaborate hoax, as the metal component bears a strong resemblance to modern day electrical plugs. 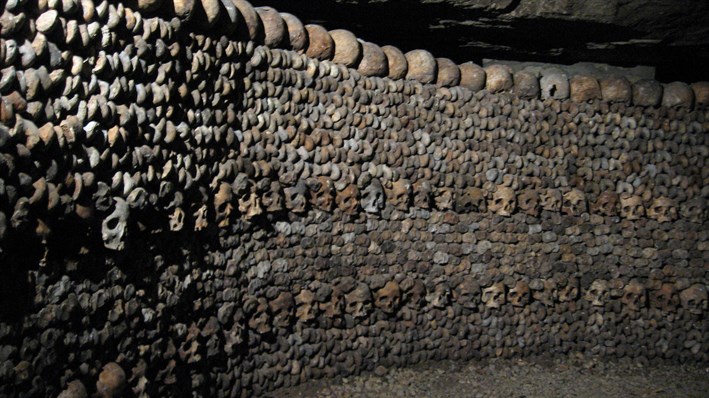 The Catacombs of Paris, many of which remain uncharted

In August 2004, Police in Paris discovered a fully equipped cinema in a large and previously uncharted underground cavern.

The officers stumbled across the find during a routine training exercise beneath the Palais de Chaillot, across the Seine from the Eiffel Tower.

The 400 sq metre cave had been transformed into an ‘underground amphitheatre’, with terraces cut into the rock. Police found a full-sized cinema screen, projection equipment, as well as a wide variety of films. None of these films were banned or offensive, and included 1950s noir films as well as recent thrillers.

A second cave next door had been used as an informal restaurant/bar.

“The whole thing ran off a professionally installed electicity system and there were at least three phone lines down there.” A police spokesperson said.

But who would hide a private cinema in an unknown, underground cave?

Three days later, the police returned with experts from the French electricity board and found that all the phone and electricity lines had been cut. A note was lying in the middle of the floor which read “Do not try to find us.” 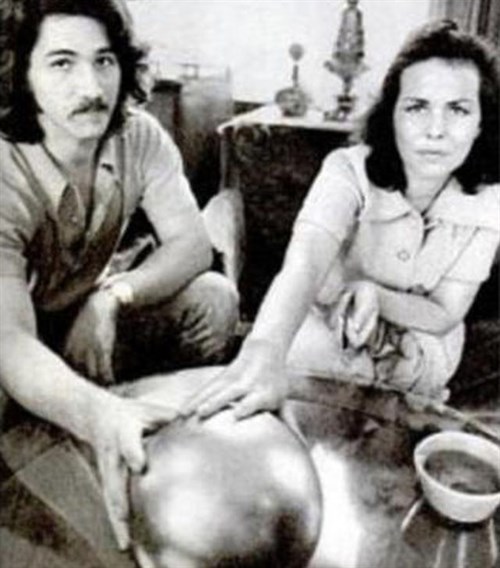 Back in 1974, a fire destroyed a large part of the Betz family’s woodlands. As they examined the damage they stumbled across a strange metal ball, completely smooth except for a single elongated triangle symbol. Thinking it was some sort of space junk of meteor, they took it home with them.

After about two weeks, the Betz family started noticing something strange about the metal orb they had brought into their home. The sphere would allegedly resonate with certain sounds and frequencies (such as a played guitar), causing it to vibrate and hum “like a tuning fork”.

What’s more, the Betz's discovered that if the orb was pushed across the floor, it would change direction of its own accord and often return to its original starting position.

The Betz's decided to go to the media, and photojournalist Lon Enger, of the St. Petersburg Times, corroborated the claims:

“[Mrs. Betz] told me to put it on the floor and give it a push. It rolled a ways and stopped. So what? She said, ‘just wait a minute’. It turned by itself and rolled to the right about four feet. It stopped. Then it turned again and rolled to the left about eight feet, made a big arc and came back right to my feet.”

A media frenzy ensued. Respected papers such as the New York Times and the London Daily sent reporters to witness the sphere, which repeated its tricks to countless people.

To this day, it’s still not known for certain what the Betz Mystery Sphere is – and we might never know because its current whereabouts are allegedly unknown. However, there have been many theories attempting to explain its possible nature, from an alien artefact to a plain and simple ball valve bearing. 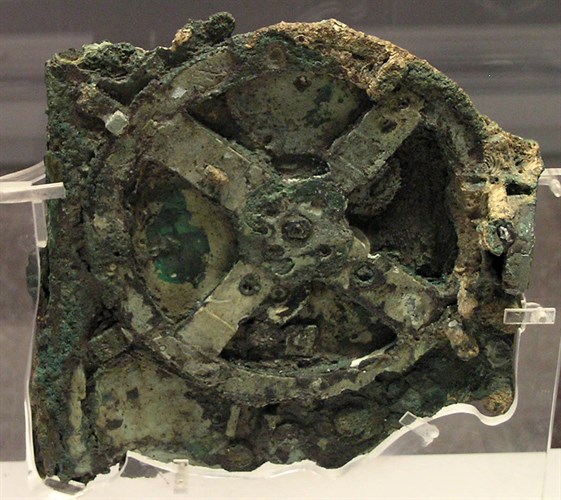 Found in a shipwreck off the Greek island of Antikythera under 45 meters of water, the 2,000-year-old mysterious Antikythera mechanism was discovered in 1900.

For decades, scientists have been trying to figure out exactly what the Antikythera mechanism is; many have labelled it as the first mechanical ‘computer’.

According to Professor Micheal Edmunds of Cardiff University, who led the team studying the mechanism:

“This device is just extraordinary, the only thing of its kind. The design is beautiful, the astronomy is exactly right. The way the mechanics are designed just makes your jaw drop. Whoever has done this has done it extremely carefully…in terms of historic and scarcity value, I have to regard this mechanism as being more valuable than the Mona Lisa.”

The Antikythera mechanism is now understood to be dedicated to astronomical phenomena and operates as a complex mechanical ‘computer’ which tracks the cycles of the solar system.

Analysis reveals that the device’s dials had pointers for the sun and the moon, as well as markings that coincide with the zodiac and solar calendars. Other dials were used to predict solar and lunar eclipses.

The machine dates from around the end of the 2nd century B.C. Nothing as complex is known to have existed in the following thousand years. This is why the mechanism is so unique; it is the most advanced artefact ever found from the ‘ancient world’. 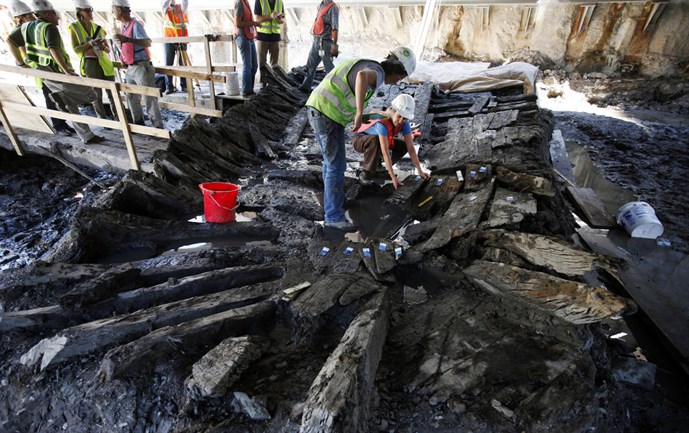 During the California Gold Rush era of the 1850s, thousands of ships sailed in and out of San Francisco, harbouring adventurers in search of their fortune.

“During the height of the gold excitement, there were at least five hundred ships stranded in the harbour, some without even a watchman on board, and none with a crew sufficiently large to work her. Many of these vessels never sailed again. Some rotted away and sank at their moorings." (Herbert Asbury in “The Barbary Coast”)

The ships anchored in Yerba Buena Cove - what is now downtown San Francisco. Most of them never went to sea again, abandoned as their passengers and often their entire crew left in search of gold.

Some were put to other uses – offices, stores and a hotel. One ship was even used as the city jail.

About 40 ships are known to lie under the streets of downtown San Francisco. But estimates claim that as many as 75 could be lost beneath the city. As the bay was filled in to expand the city, the ships were simply built over.

The last buried ship to be uncovered was the General Harrison, a Gold Rush ship discovered in the Financial District in 2001. 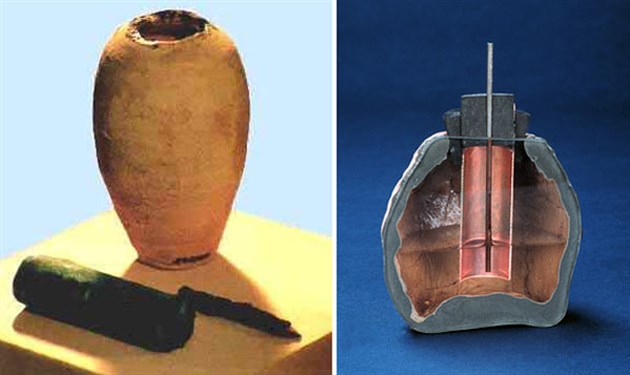 In 1938, German archaeologist Wilhelm Konig unearthed a mysterious clay jar in Khujut Rabu, just outside Baghdad in modern day Iraq. The jar contained an iron rod encased in a copper cylinder, and early tests revealed that an acidic agent such as vinegar or wine had been present.

Konig believed he had stumbled across an old battery, and published his conclusions despite religious backlash at the time. However, soon after WWII began, and Konig’s discovery was forgotten.

More than 60 years after their discovery, the Baghdad Batteries (as they are now known; more than one was found) are shrouded in mystery.

“The batteries have always attracted interest as curios…They are a one-off. As far we known, nobody else has found anything like these. They are odd things; they are one of life’s enigmas.” – Dr Paul Craddock, a metallurgy expert of the ancient Near East from the British Museum.

No one is certain exactly how and where Konig made the discovery (some sources claim the batteries were excavated, others say he found them in the basement of the Baghdad Museum), and the date of the artefacts is also in dispute.